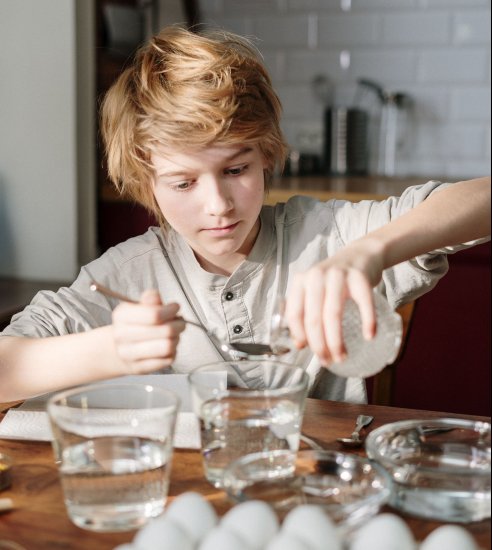 After spending many years researching toenail fungus and looking for effective, innovative ways to treat onychomycosis, it amuses me to see ridiculous promises being made on the internet claiming to treat it with no scientific backup.

Many of you might have seen the Academy award winning movie “The King’s Speech”, a 2010 British historical drama directed by Tom Hooper. One particularly memorable scene for me was when Prince Albert consults speech therapists and physicians about a cure for his stammer. One of the physicians prescribes smoking cigarettes as a remedy to relax the larynx. Nearly 100 years later in 2021, it is almost impossible to imagine a packet of cigarettes being prescribed as a health remedy. And yet the more things change, the more they stay the same: especially where health is concerned, it’s more difficult than ever to distinguish fact from fiction.

Toenail fungus is so common (roughly 10% of people in North America are afflicted) that very few weeks pass without someone forwarding me a new treatment idea or product. The market is flooded with remedies that have not been systematically studied or reviewed by health regulators.

I do not like to dismiss anything outright, but I am often left scratching my head trying to understand how a purported remedy could possibly work. I did a quick survey of some of the most over-the-top cures for toenail fungus. Here are my top 3 craziest treatments for toenail fungus:

1. Apple Cider Vinegar.  This is one of the most common home remedies for toenail fungus. It is surprising how many websites claim this to be a magic remedy that could work on toenail fungus. A quick Google search yields over 2 million results. The gist of the pro-cider argument is that “vinegar is acidic; therefore it probably kills fungus”. Tracey V. debunked in this Podiatry Today. So while, Apple cider may be a miracle cure for some other ailments the claim to cure toe nail fungus seems a bit too far-fetched.

2. Cornmeal mush. “Carefully pour about an inch of warm (not hot) water on top of the cornmeal and let it sit for an hour, so the water and cornmeal can combine naturally. After an hour, add enough additional warm water to cover the foot and soak for an hour.” This sounds like a recipe for toenail porridge, but it is in fact a very popular remedy for toenail fungus. It seems to have originated as a solution for certain types of invasive garden fungi. This remedy has never been systematically studied for toenail fungus, and toenail fungus is a different species from garden species, so it’s very difficult to imagine how this could work.

3. Urine. The internet logic goes that urine contains urea, which at high concentrations can be used to treat athlete’s foot. René Sotelo, MD, professor of clinical urology at the Keck School of Medicine of USC, debunked this in an article.

The good thing is that all three of these remedies are almost certainly harmless. The bad news is that none of them are backed by meaningful scientific data.

Toenail fungus is a truly stubborn and persistent infection, so it is fully understandable that people are motivated to try new things.  (In fact, in 2005, Dwight Thomas wrote an entire memoir called “The War Against Toenail Fungus” detailing his long battle against the infection and the various remedies he tried.

If you are interested in learning more about onychomycosis (also known as toenail fungus) and a clinically proven treatment developed by scientists, please send us a note info@toefx.com. We’d love to tell you about our research into a reliable, safe and painless way to win the war against toenail fungus.

And as for the fake treatments – I would love to hear from you about the most ridiculous treatment you have ever seen promoted.